The overlooked rock-hewn churches of Lalibela

Take a mountain of solid granite. Now chisel it down piece-by-piece until you’ve carved out 11 ornate churches to precise geometric harmony. These were the instructions of King Lalibela to his people 800 years ago.

The legend goes that King Lalibela made a pilgrimage to Jerusalem to study holy scripture. Upon his return to what is now central Ethiopia, he wished to recreate the Holy Land for his subjects who could not make the long voyage themselves. He may have also been motivated by a rivalry with Axum to the north – the purported home to the Ark of the Covenant itself.

Whatever his inspiration, his people rose to the challenge, completing the eleven churches in approximately 20 years. This is no small feat, considering the scale and precision involved. After completion, King Lalibela abdicated his throne and committed himself to his religion as a hermit.

Today the churches remain as a monument to both the 12th century zeal for Christianity and the capabilities of mankind’s handiwork. To descend into the dark chambers of these temples is to step back into time. Their cool air is infused with holy spirit; breathing it fills one with reverence and awe. No wonder they’ve been in continuous use for almost a millennia.

I’ve been fortunate to visit ancient holy sites across much of the globe. So many are impressive due to their size, ornateness, or historical significance. What struck me most about the churches of Lalibela is their uniqueness. Carved out of the mountain by hand, they seem impossible. I think it’s due time that more people learn about them so they earn the prominence they deserve.

Perhaps the most iconic of the set, the temple of Saint George is a three story Greek cross excavated straight down into the bedrock. 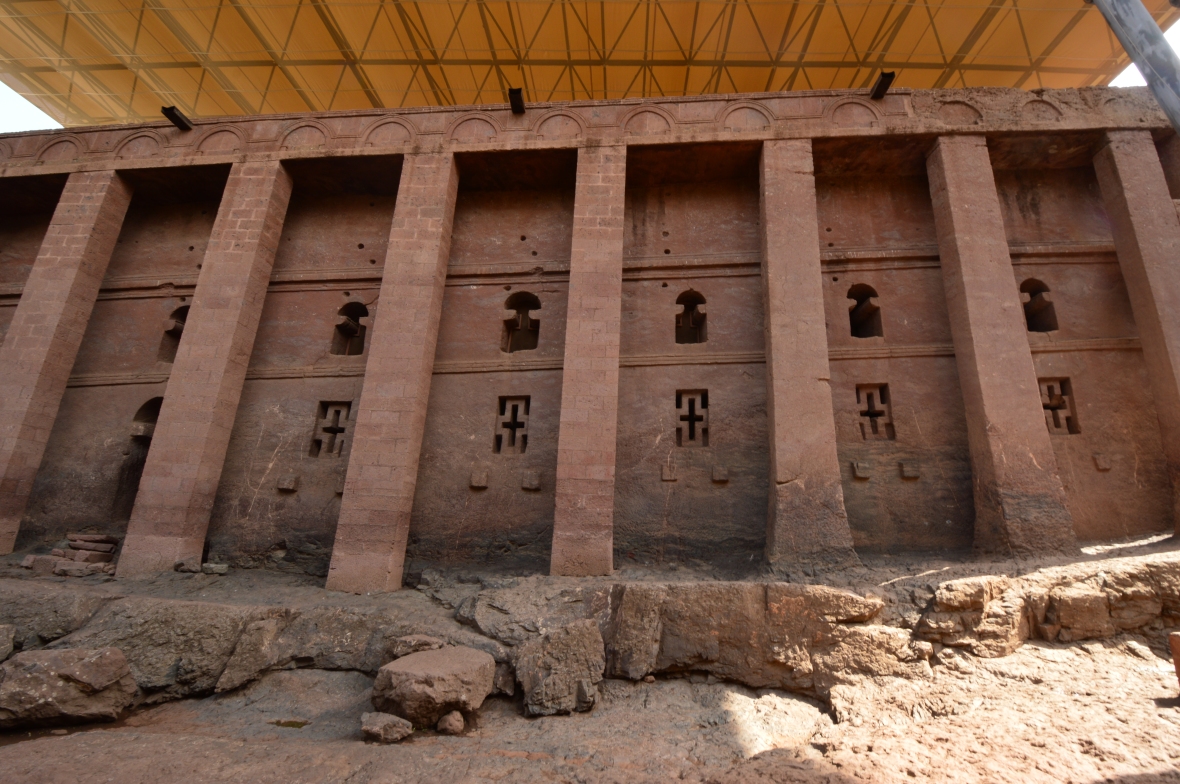 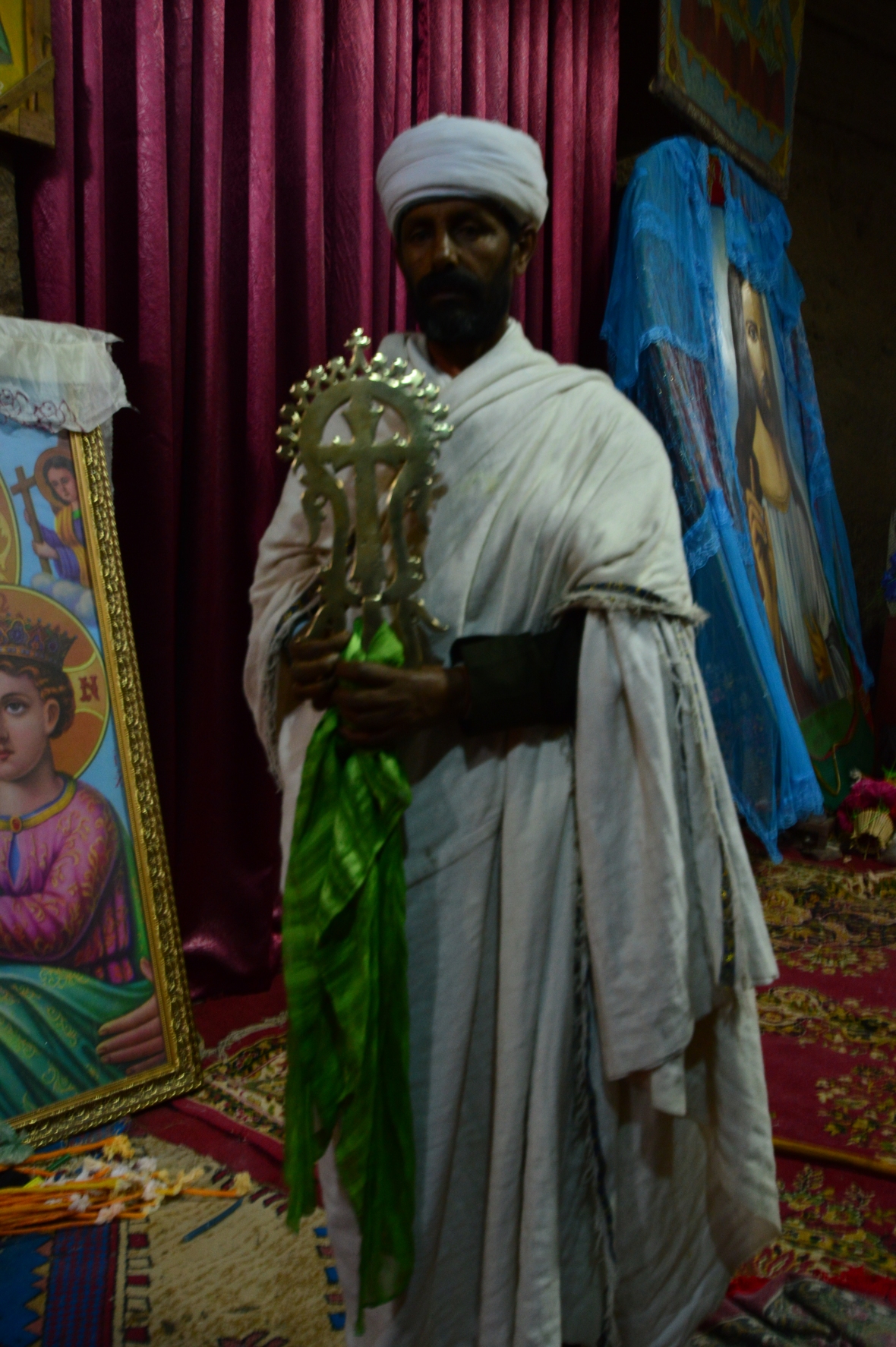 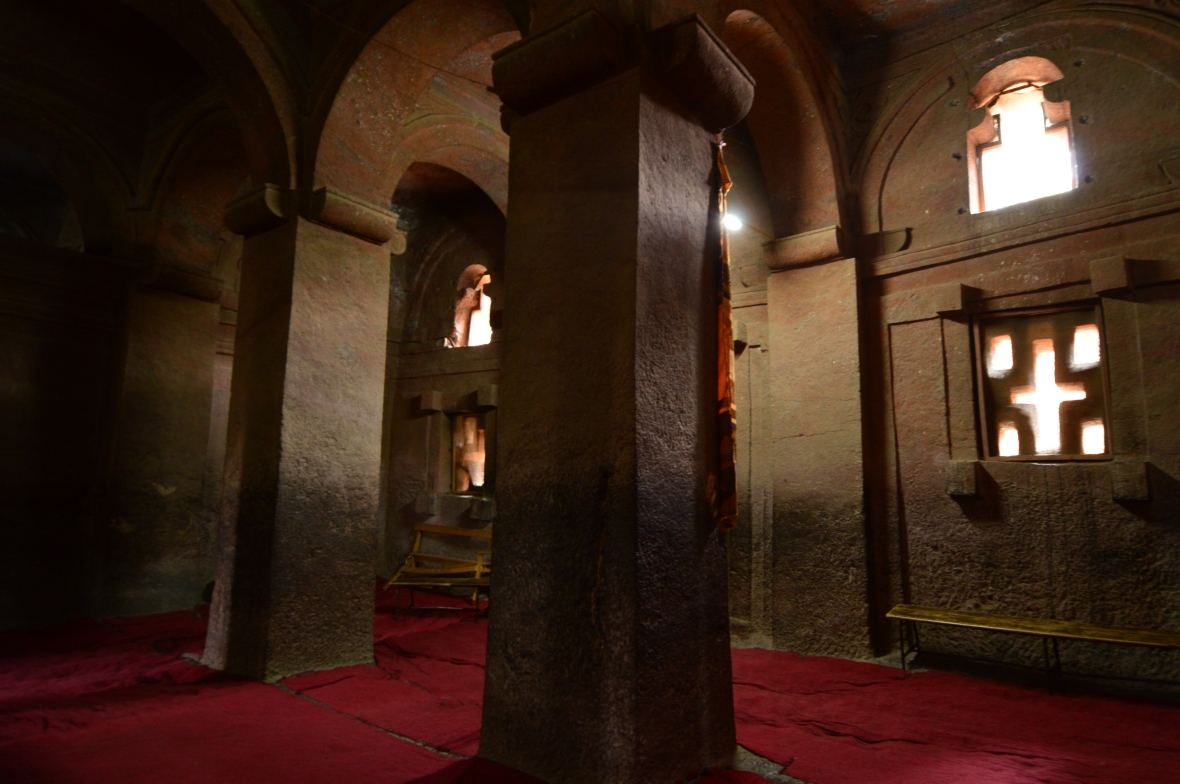 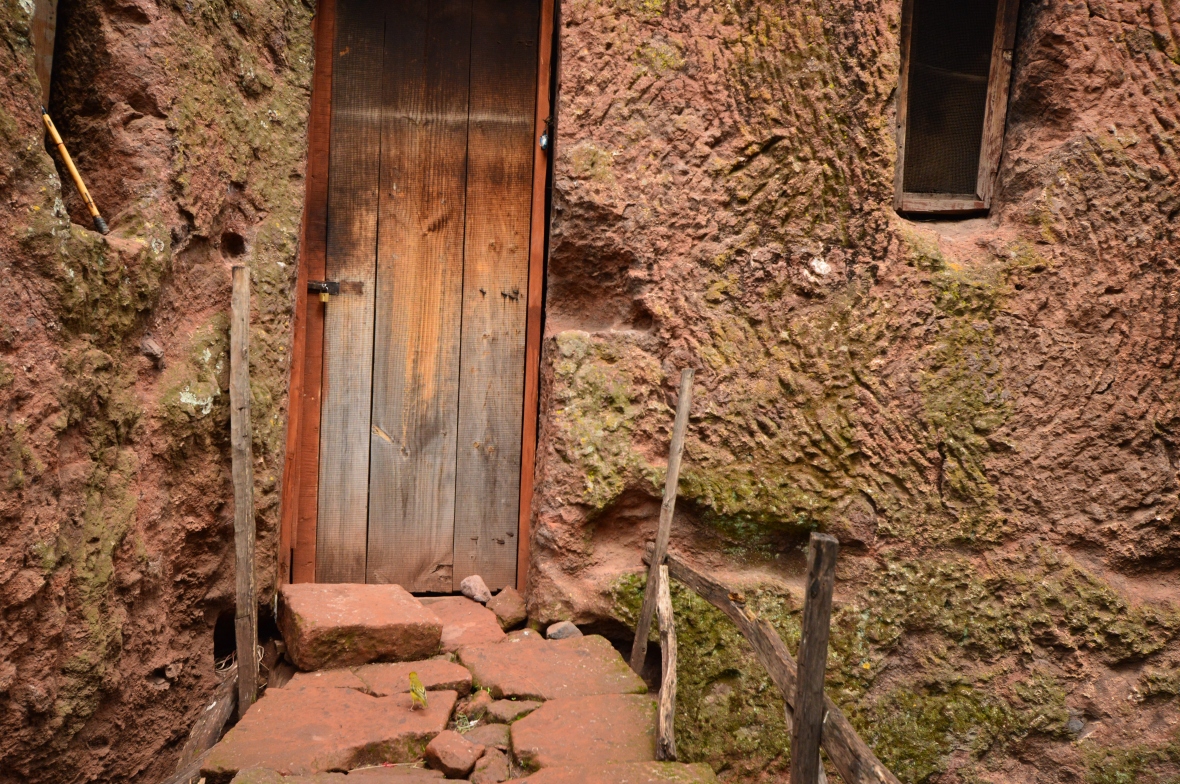 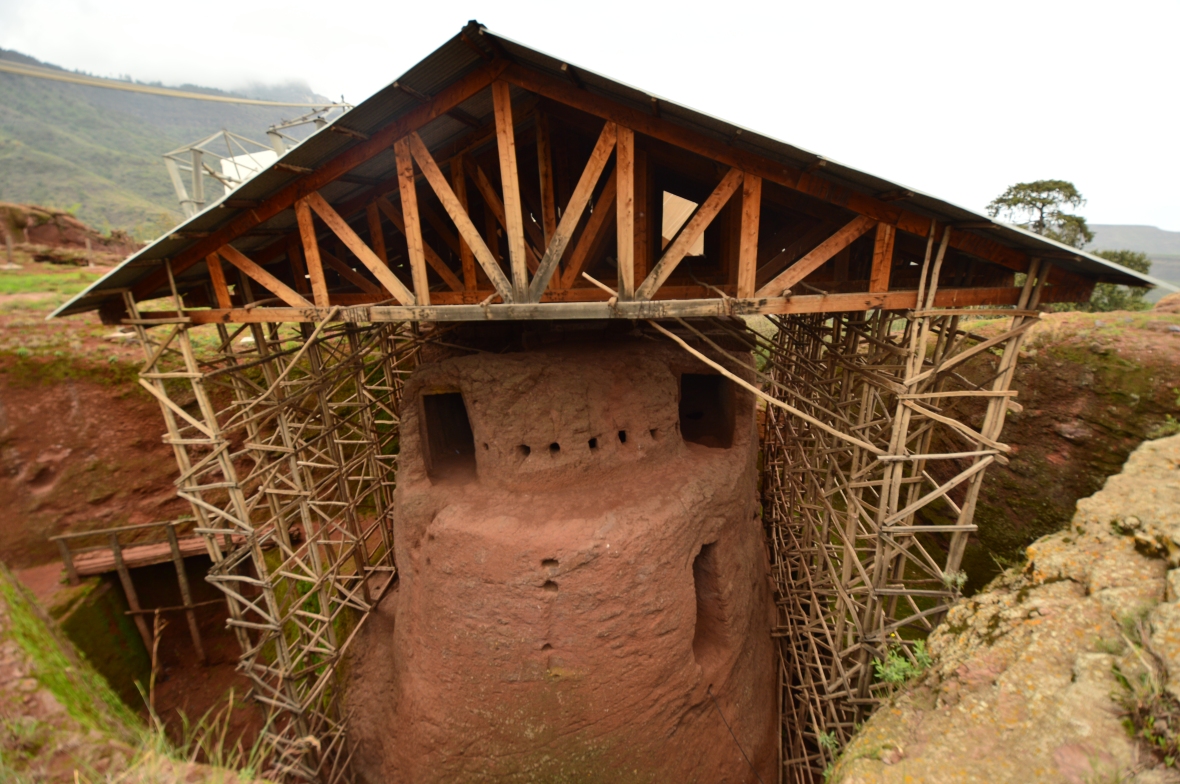 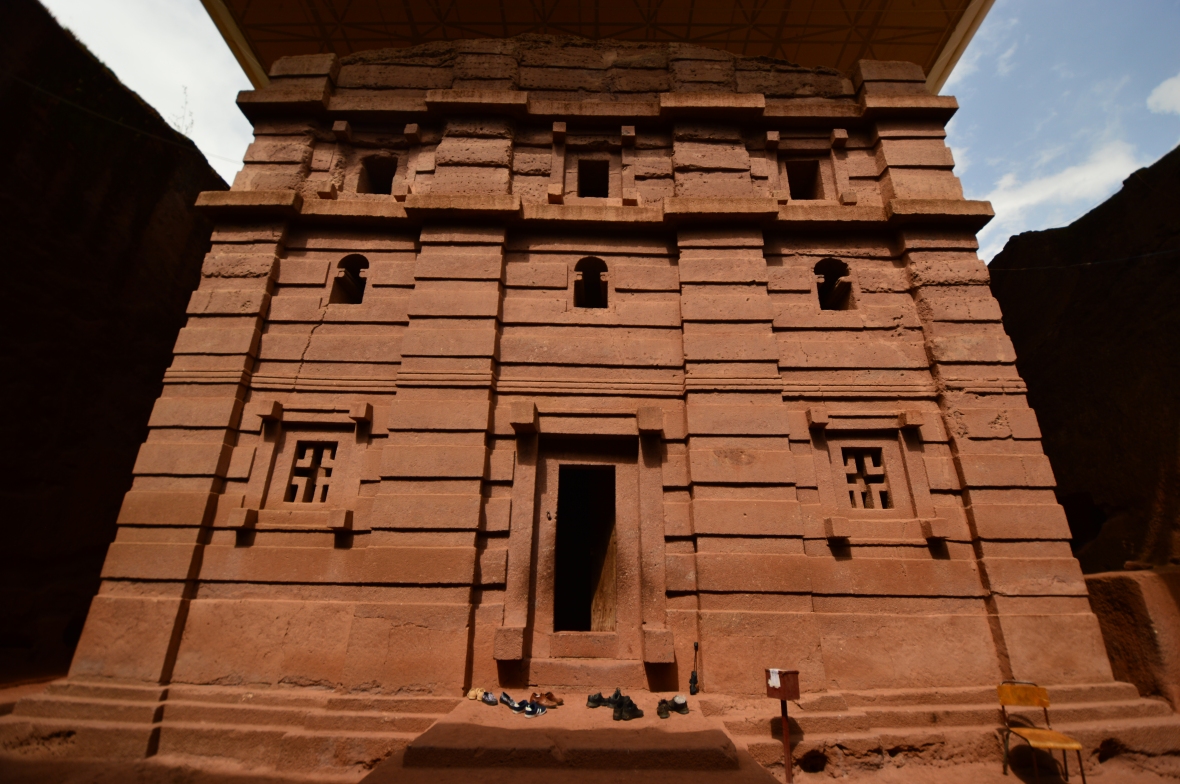 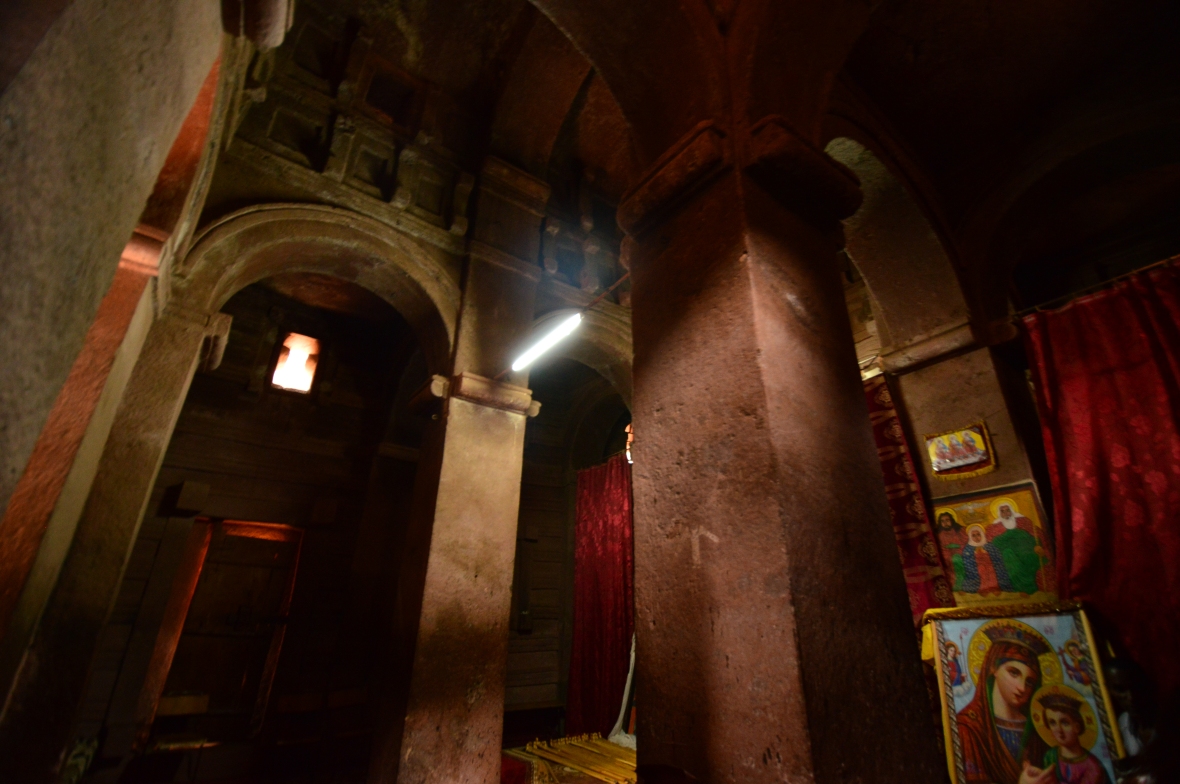 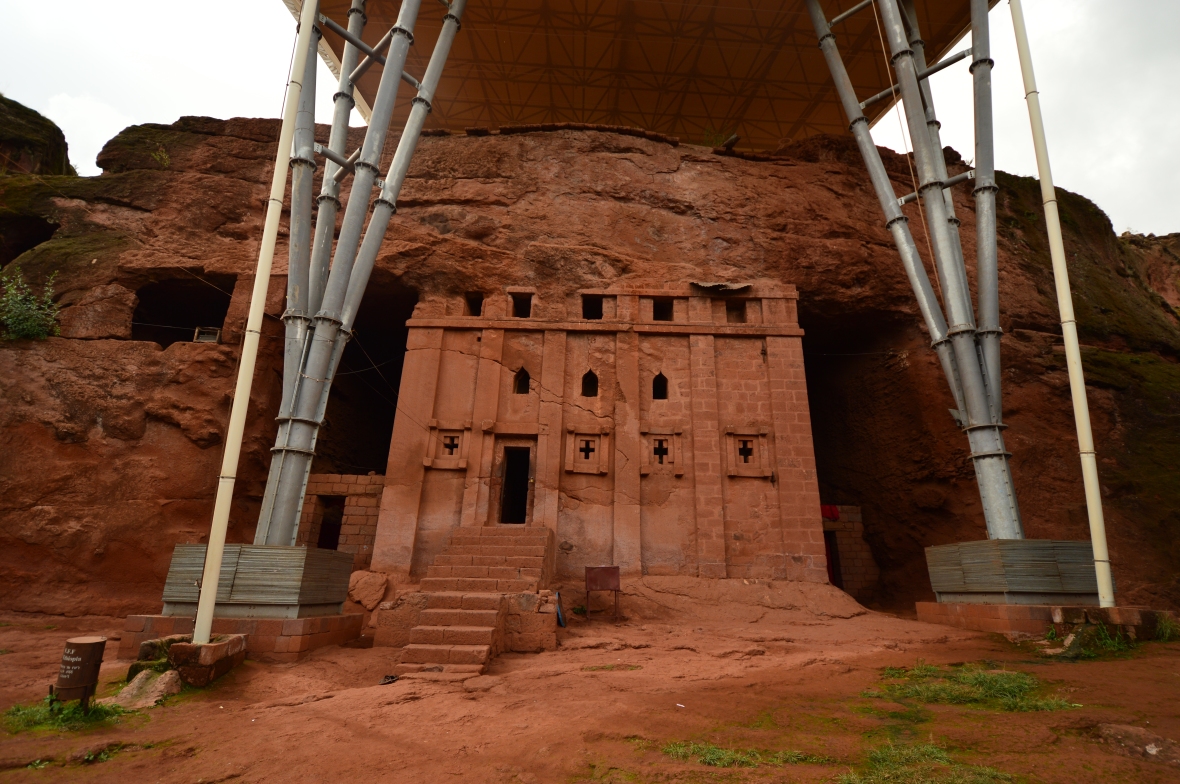 For a guided tour by a local expert, contact Tsegaye (+251 0911095861; tse.damtie@gmail.com). He’s got over 10 years of experience giving tours, and as a deacon in a local congregation, his knowledge and appreciation of the temples are palpable.

We had planned on also visiting Axum and Gondor – two legendary sites steeped in ancient history. Unfortunately, political unrest caused us to change our itinerary. Border clashes to the north, and ethnic suppression throughout the country are a sad reality. I hope to return some day during more peaceful times. The people of Ethiopia were genuinely warm and welcoming. Their food, music, and coffee are worth the visit alone. I look forward to the day when we can enjoy them all together again.

Loyal followers of this blog and my travels may have noticed a major setting change. Until now, our around-the-world journey had been winding through South America. After our last episode in Chile, Stephanie and I spent 3 weeks in Brazil. Sadly, I don’t have many photos from that leg of the trip. We were constantly warned to watch our belongings, so the camera was locked away in our room most of the time. For the curious, our time in Brazil can be summed up thusly: samba in Salvador, strolls in Rio de Janeiro, caipirinhas in Paraty, birds and beaches in Ubatuba, and Japan home-cooking in Sao Paulo. After all that we hopped across the Atlantic to begin our African adventures in Ethiopia.

2 thoughts on “Lalibela’s churches are taken for granite”