In late July we began a month-long safari with an outfit called Absolute Africa. We pride ourselves on being independent travelers. After four months of improvising our way through South America and part of Africa, being stuck in a tour group for more than an afternoon sounded like a prison sentence. Rigid preset plans, scheduled meals, other people – yikes. Not our style. But after a bit of research and the recommendation of a fellow traveler, it started to make a lot of sense.

Our cab wove its way through morning Nairobi rush hour en route to our rendezvous point with the tour truck (don’t let the driver hear you call it a bus). It felt oddly like the first day at a new school. What kind people will they stick us with? I hope they’re not lame. What if they’ve never left their home country before?

Turns out those concerns were pretty unfounded. Absolute Africa tours are geared for younger budget travelers like us. As the truck filled up everyone exchanged hellos and gave their :30 bios. As it happens, just about everyone was amid some version of an around-the-world trip. Kindred spirits. Safari is off to a good start. 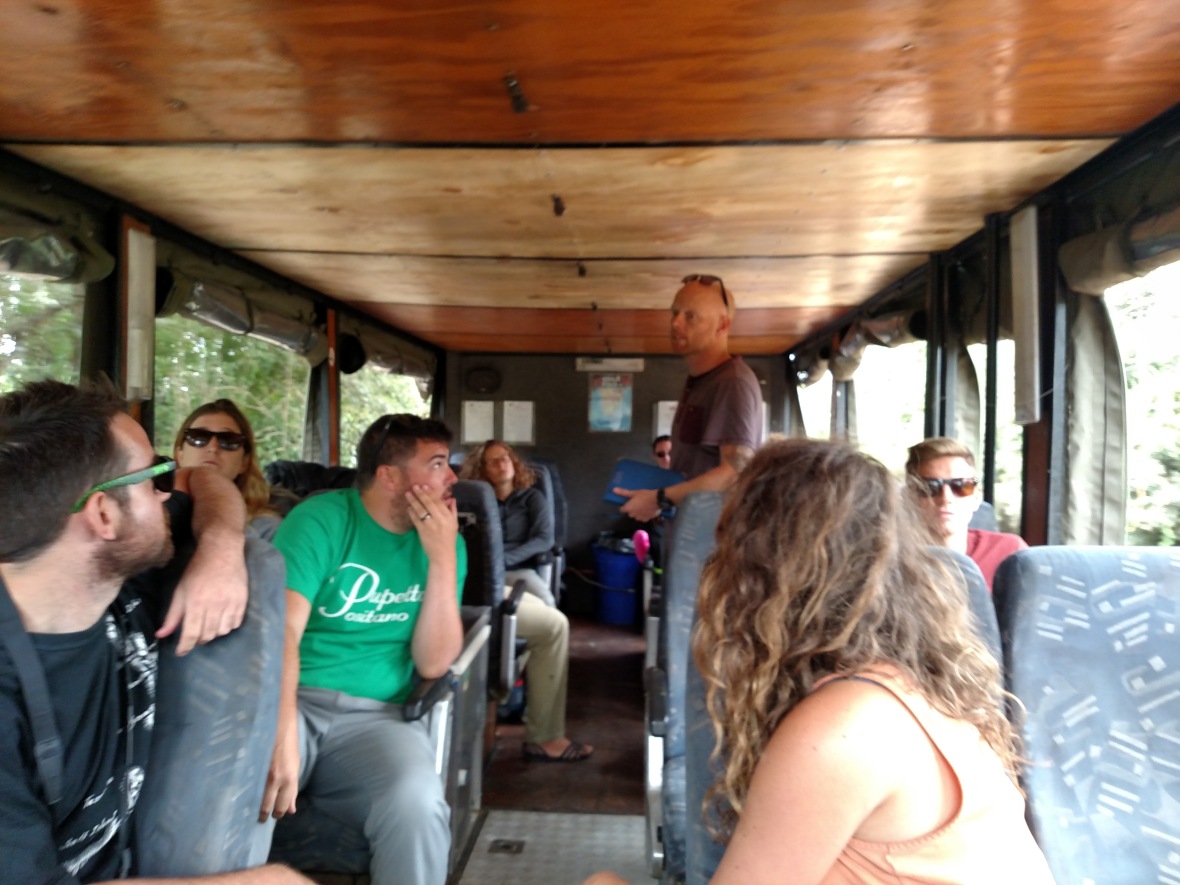 With everyone aboard the truck, we wasted no time in getting started. Our first stop was Nairobi’s Giraffe Center. It’s a non-profit that started as a breeding center for the endangered Rothschild’s giraffes. They were on the brink of extinction in the 1970s, as their natural habitat was lost to human activity. In addition to the rehabilitation program, they educate children about the importance of protecting wildlife.

For us, it was a chance to get up close and personal with some of the biggest animals I’ve ever encountered. I’d seen giraffes in zoos before, but the feeling is completely different when you’re in their home. It’s obvious to say, but they are massive! 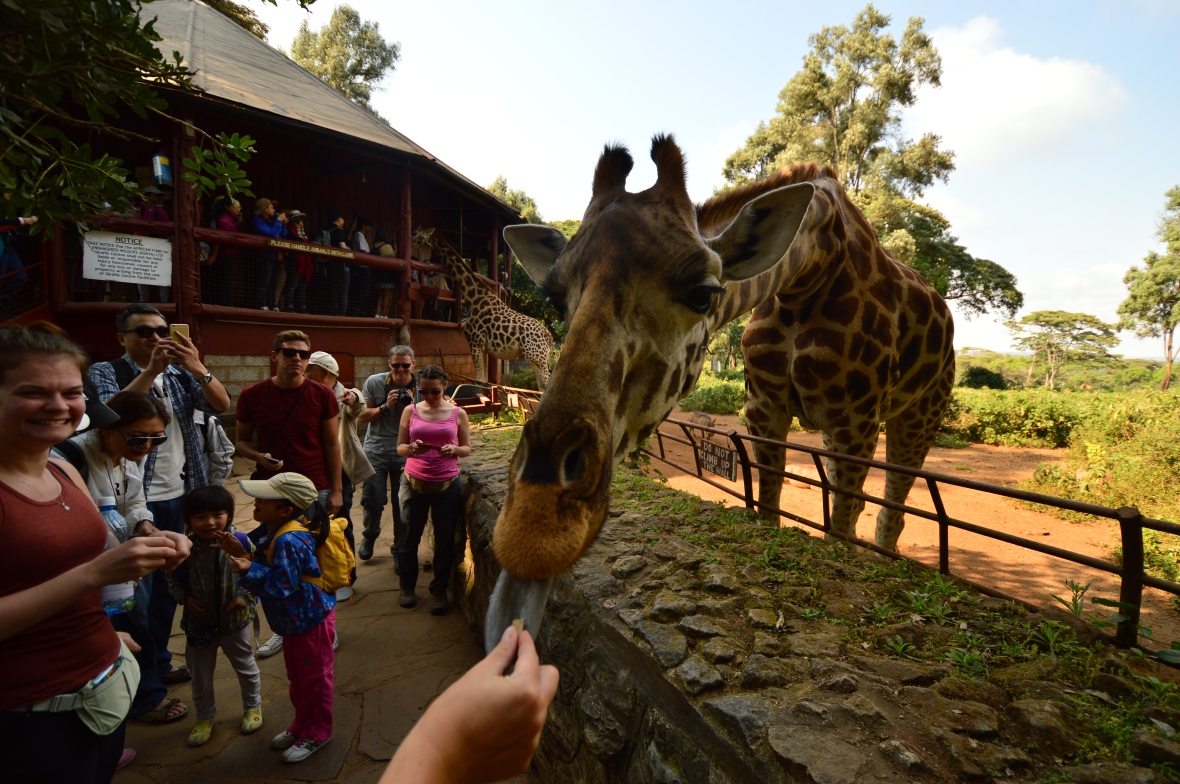 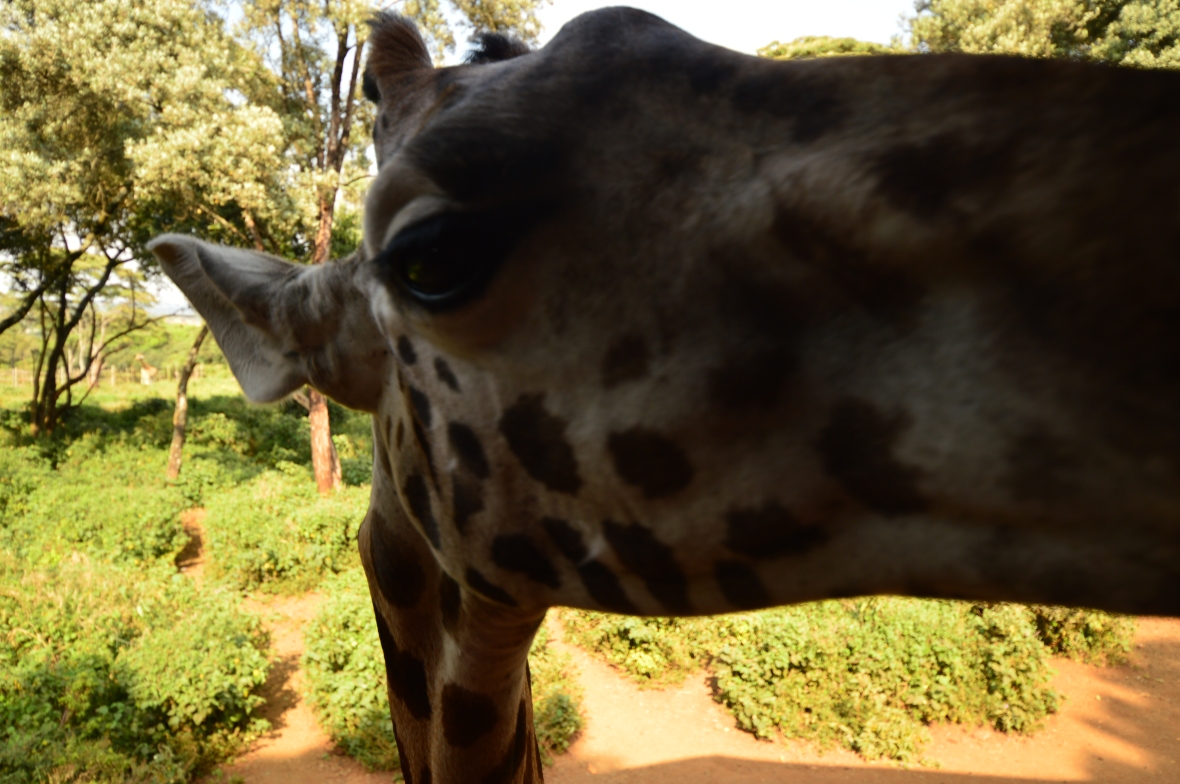 Their eyes are gigantic as well. You can get lost in them. 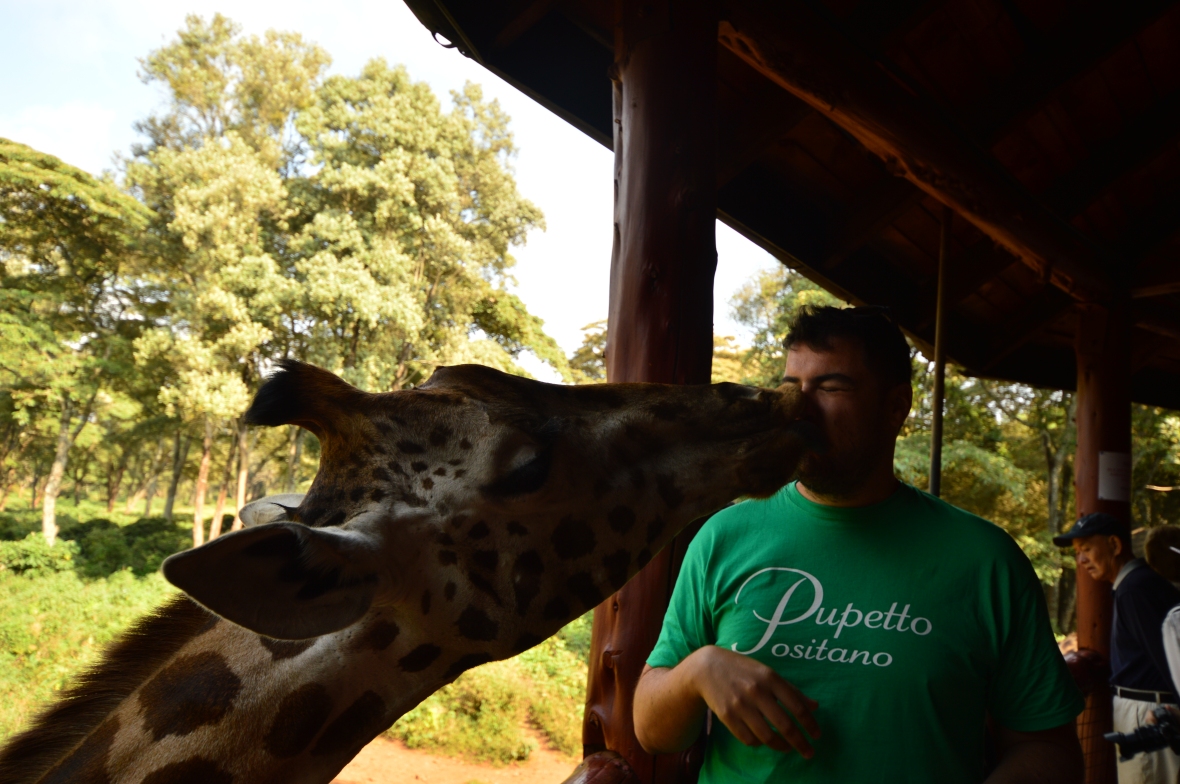 This is Josh. Having gotten to know him well over a month, this is a fitting introduction. 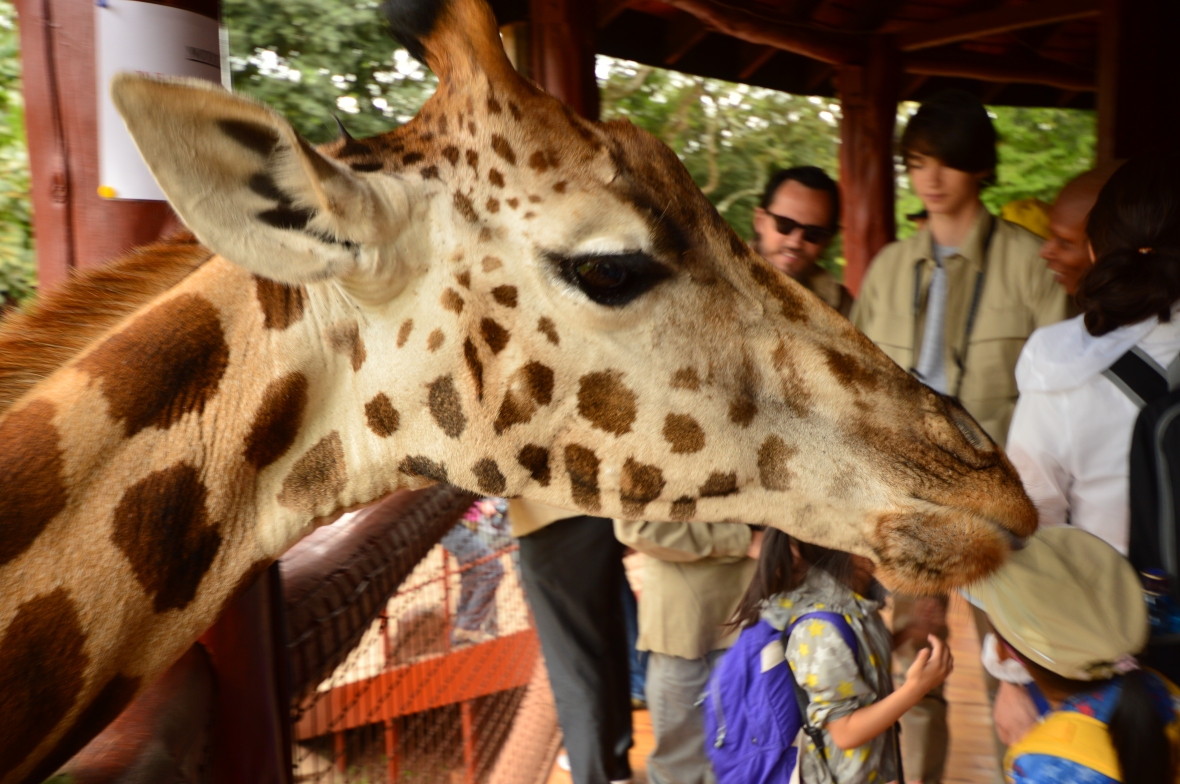 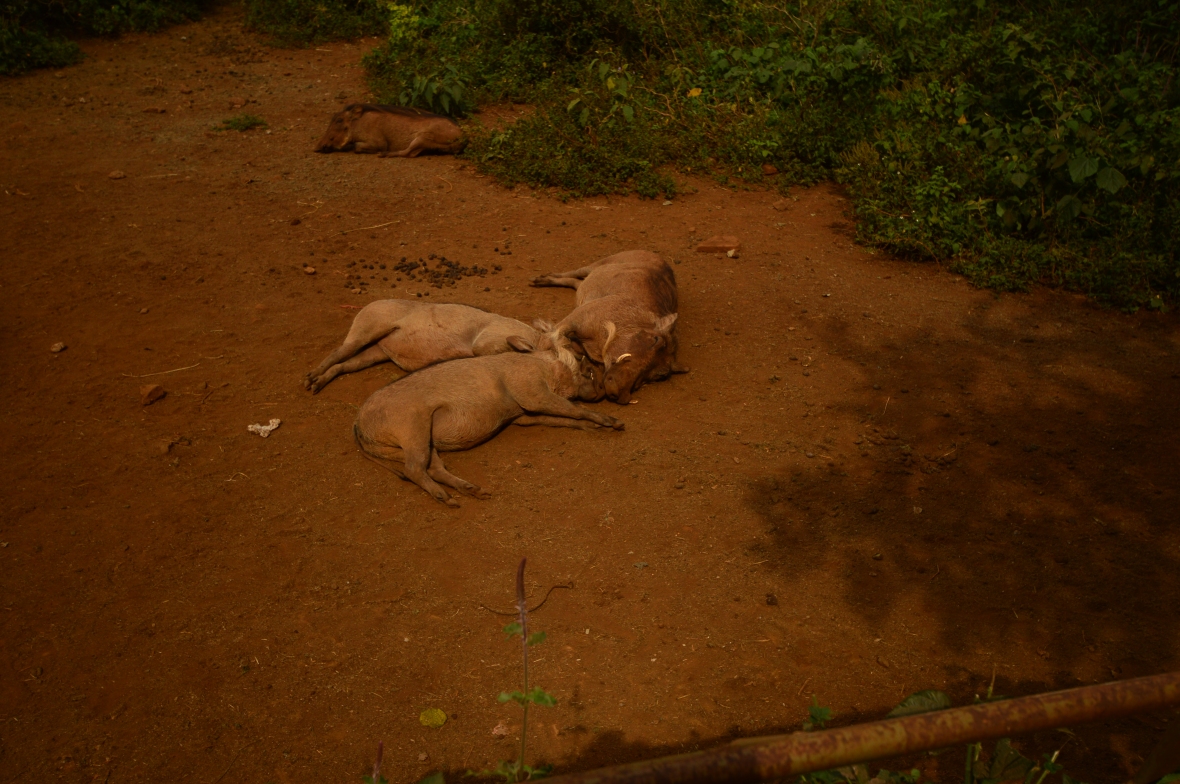 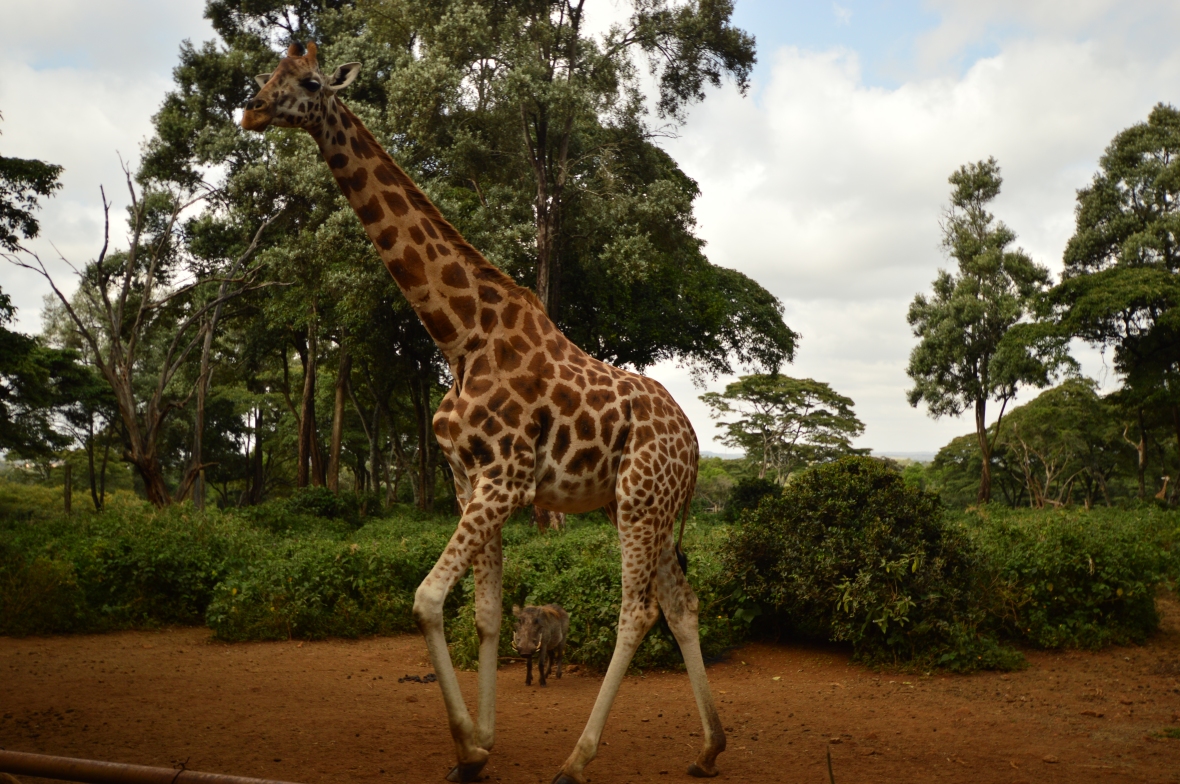 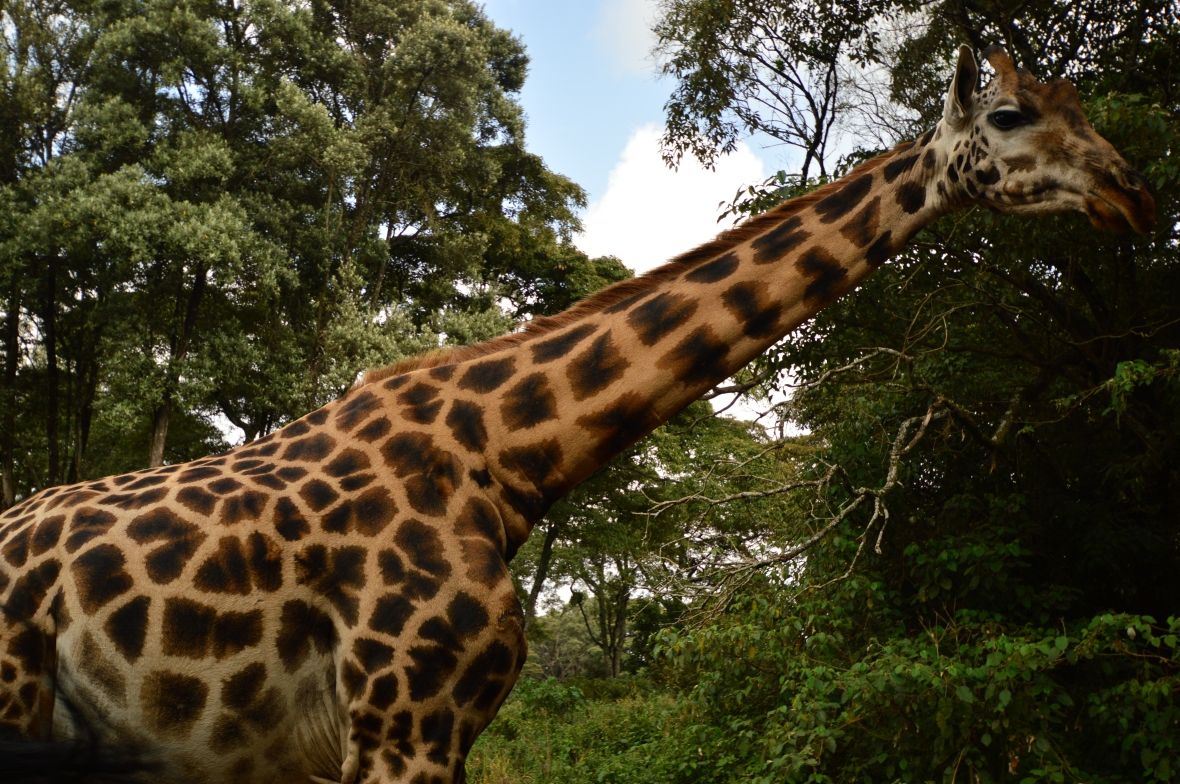 Even my wide angle lens struggled to capture them whole!

The second stop of the day was the David Sheldrick Elephant and Rhino Orphanage. Sheldrick was a pioneer in wildlife conservation, and this organization continues his legacy by raising baby elephants orphaned by poachers. Each elephant has a name and a heartbreaking story. Check out their site if you’re interested in learning more about their efforts. In the meantime, these pictures are guaranteed to put a smile on your face. 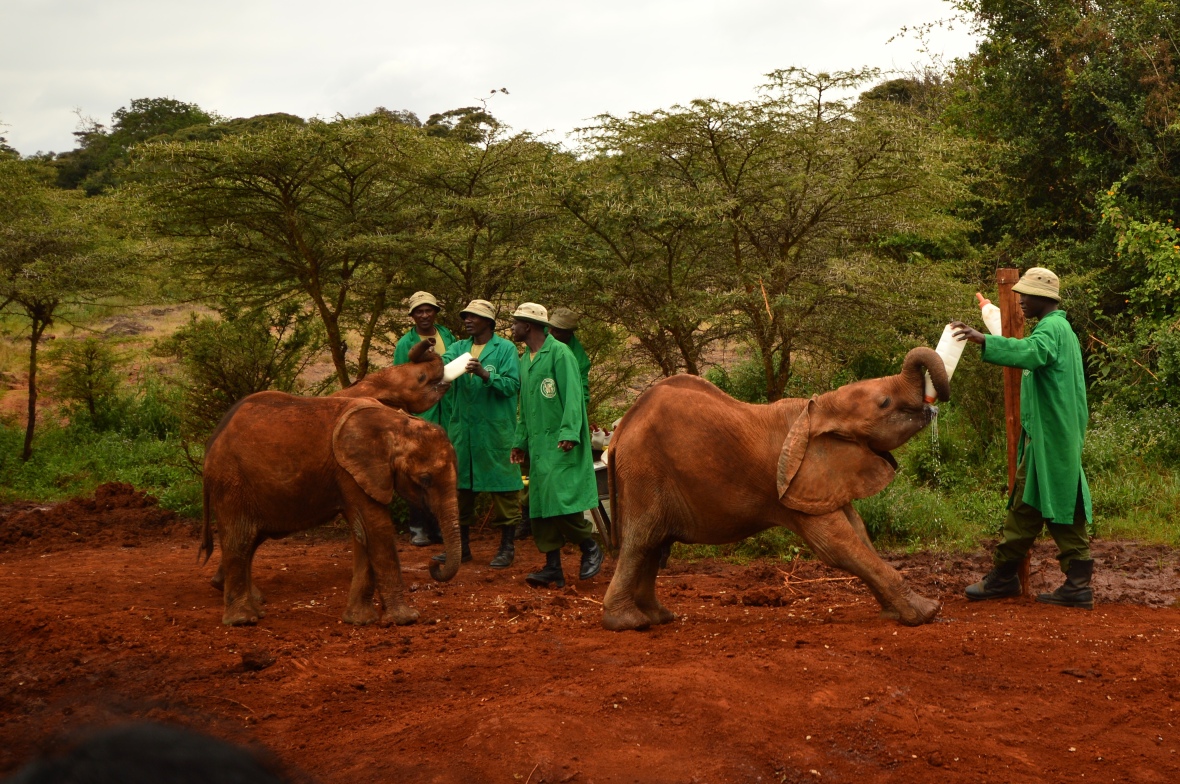 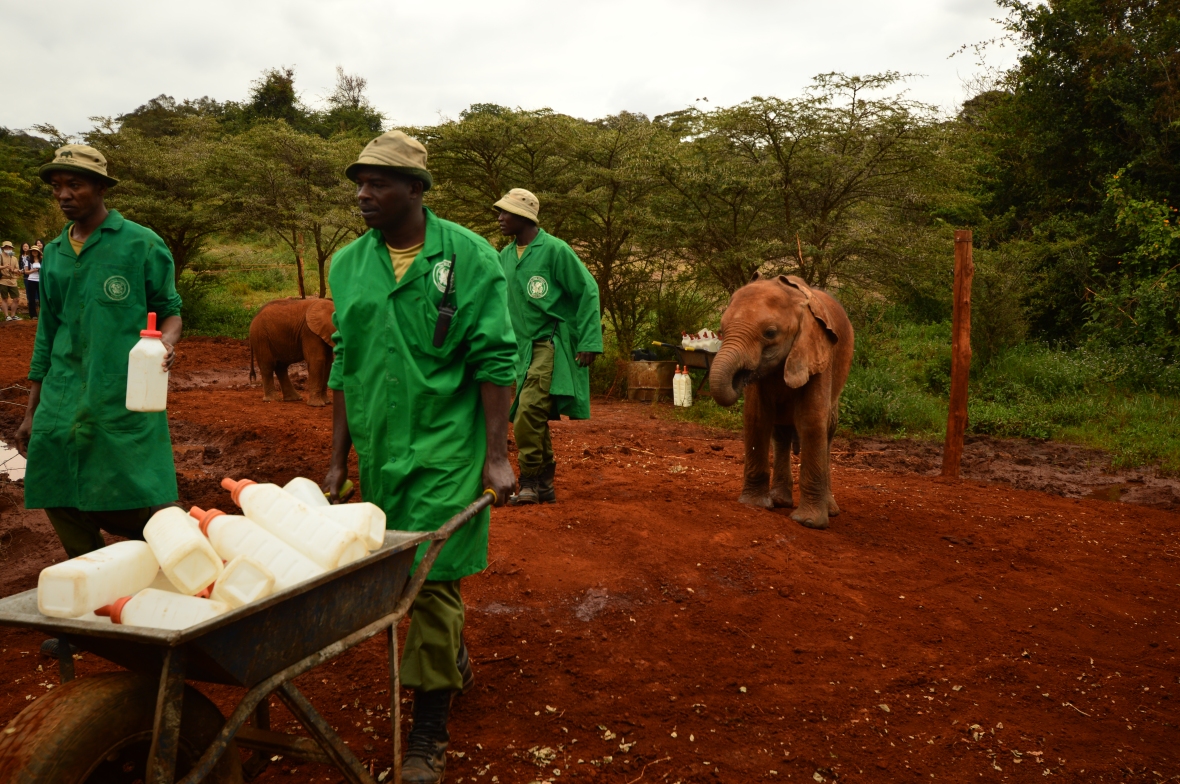 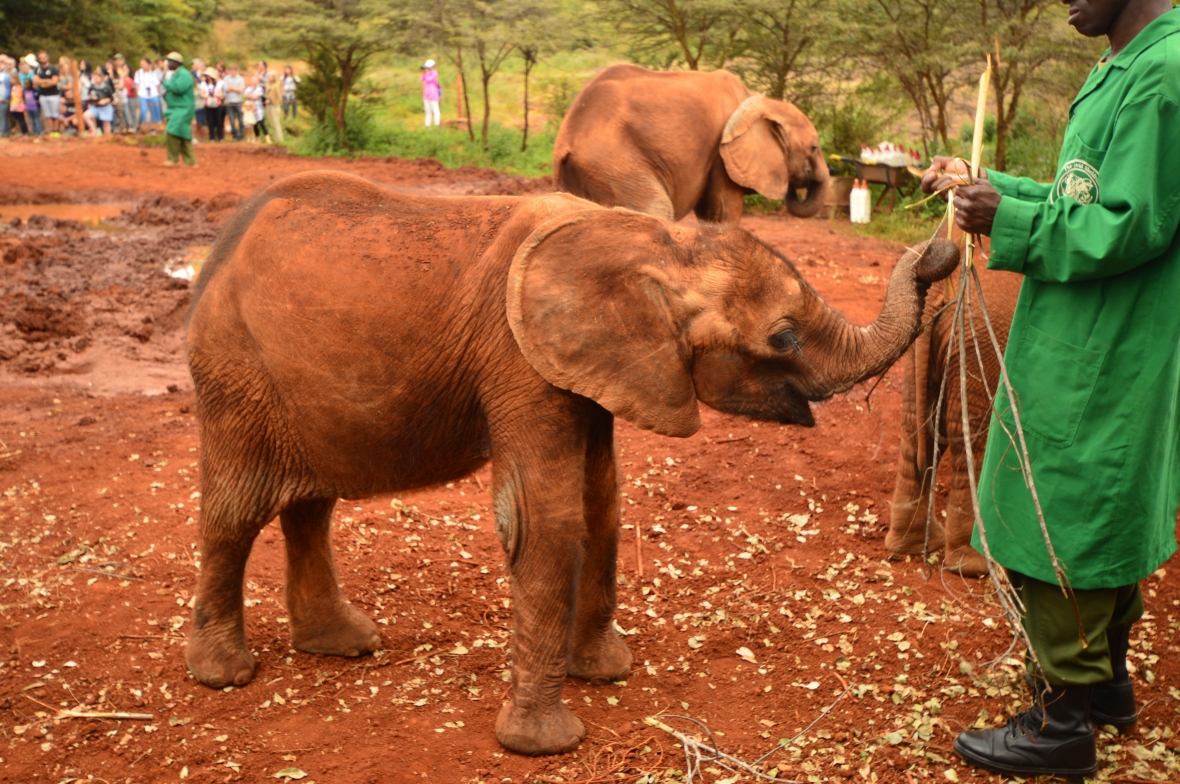 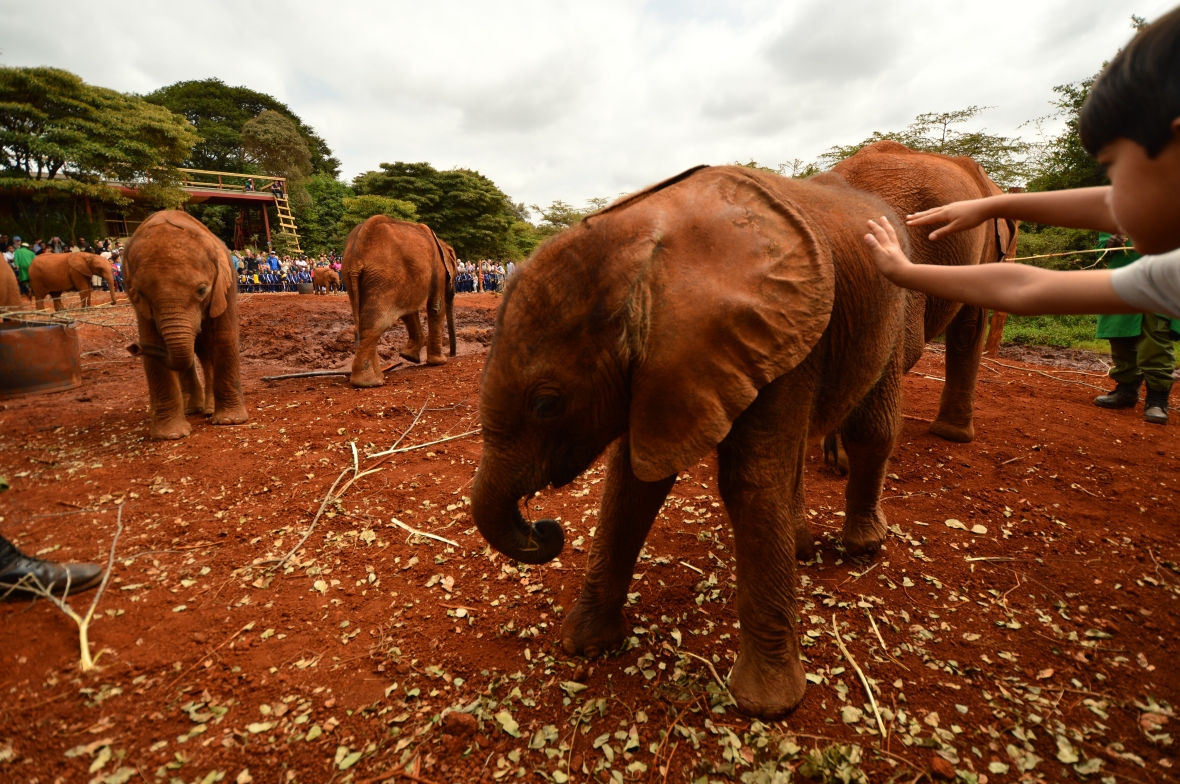 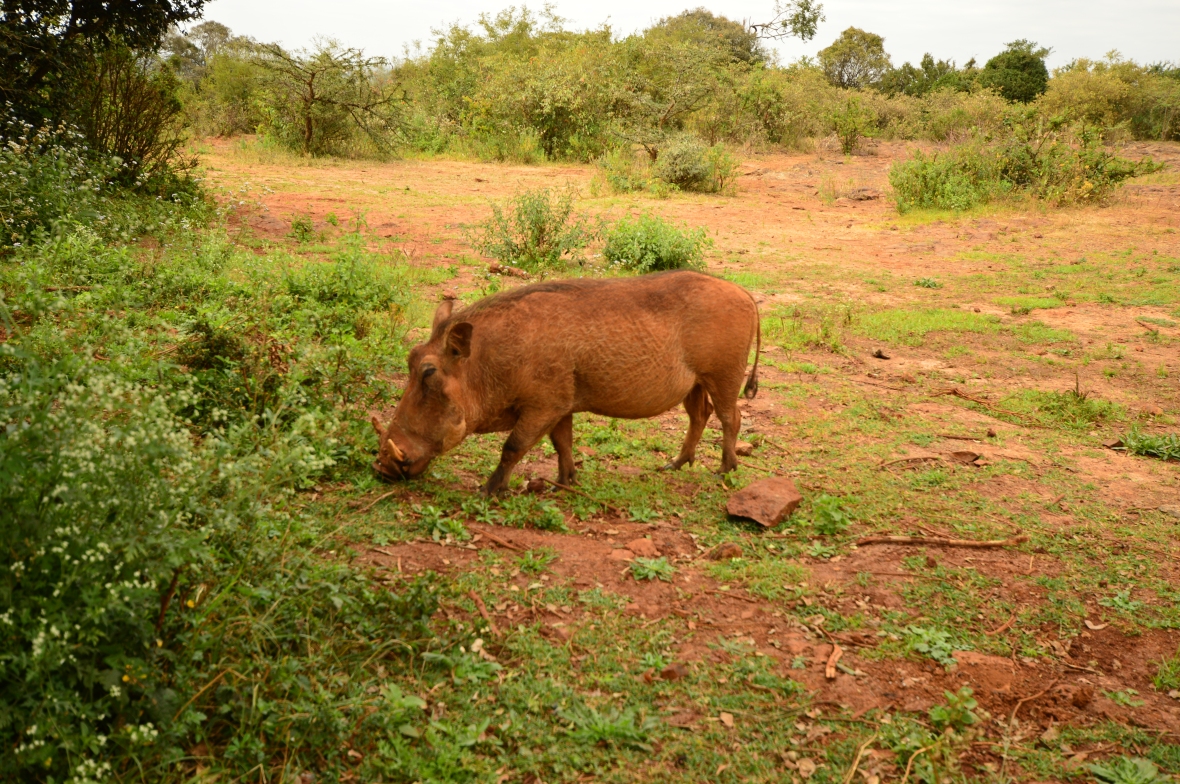 Hey warthogs are cute too! 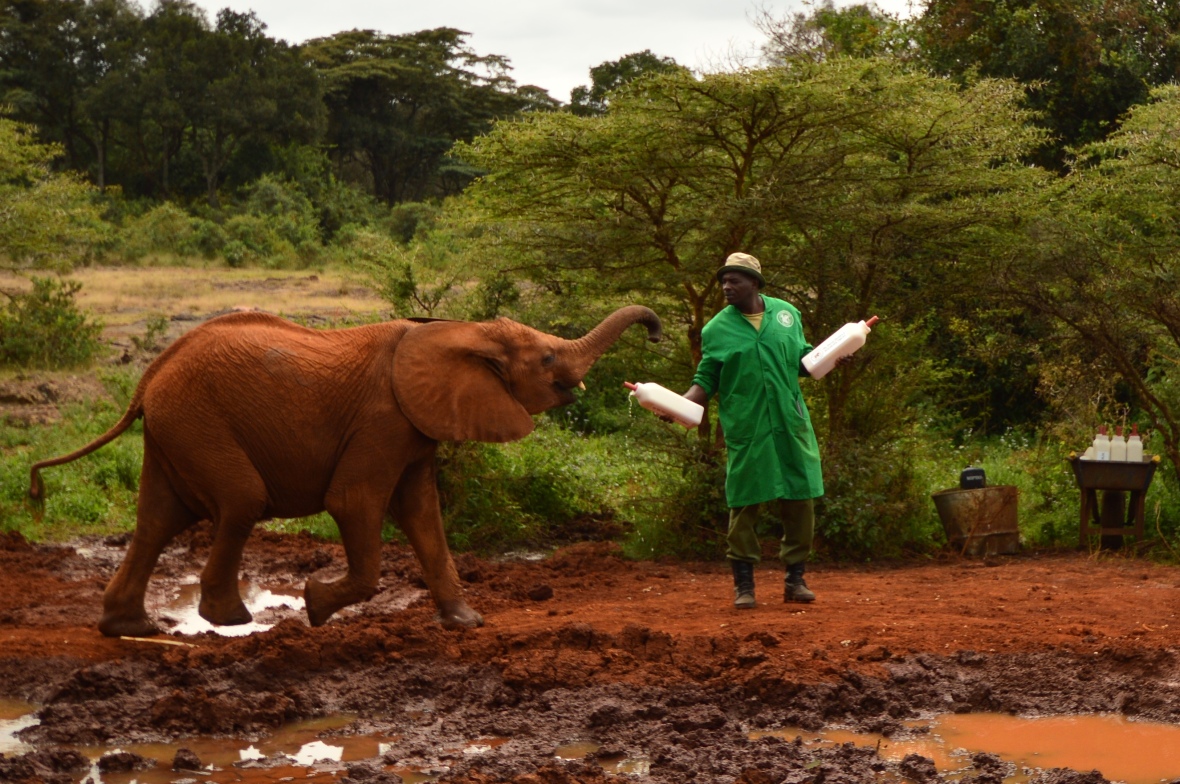 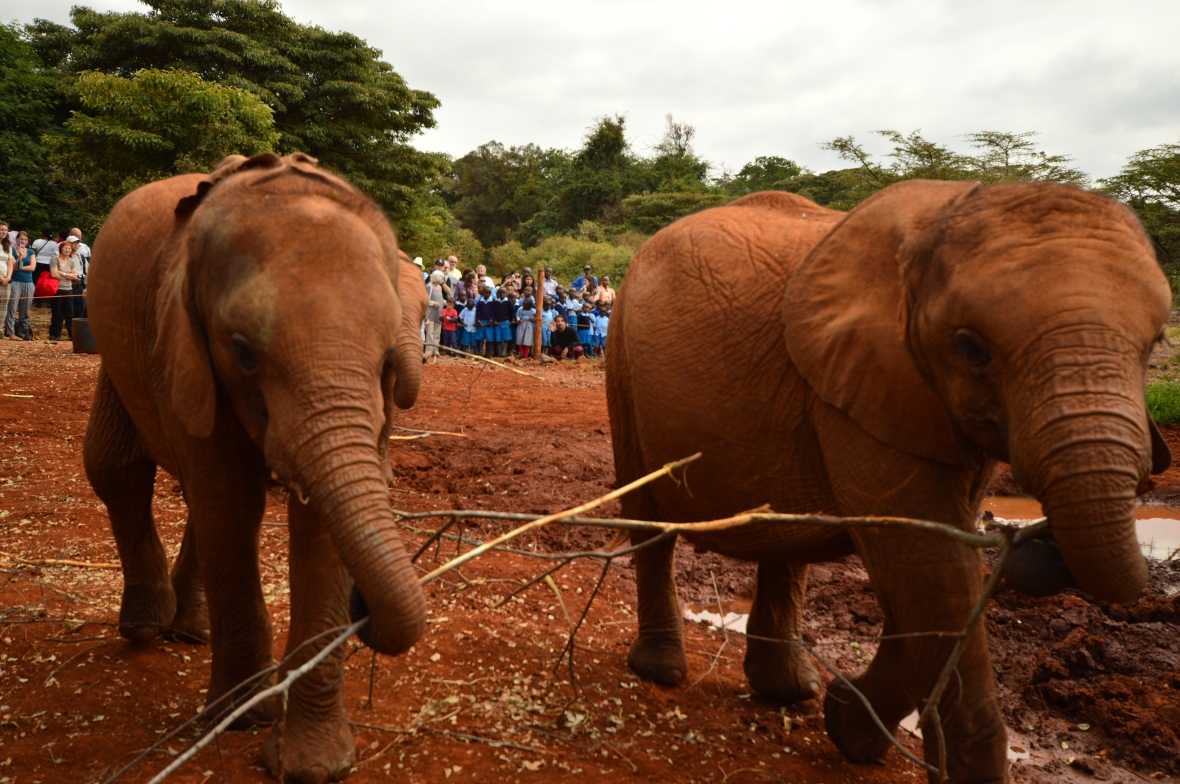 Not bad for a first day. After camping on the outskirts of Nairobi that night, we were off for more great adventures. Stay tuned for some really wild pics in my next post! 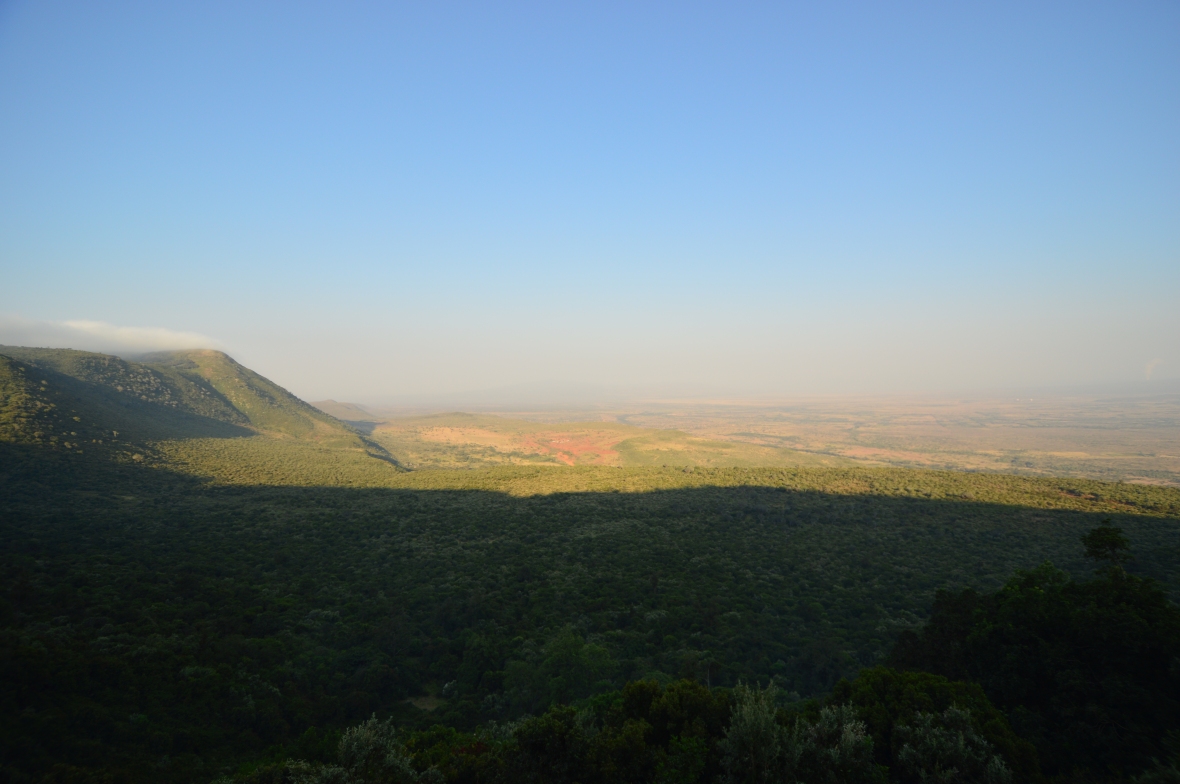 Woah – you read all the way to the end! You must have liked what you saw. Check out some of my other posts by following the links below. And if you want to see new entries as soon as they’re published, please subscribe 🙂

Think a friend would find this interesting? Sharing is caring!

2 thoughts on “Giraffes and elephants melt my heart”