Perhaps the most distinct feature of Nairobi that separates it from other world capitals is its proximity to truly wild landscapes. How many other cities can you think of are home to both giraffe and elephant sanctuaries? Imagine if Yellowstone were a half-day’s drive away from Washington DC or New York, like the Masai Mara is to Nairobi. Add to that the giant hippo-filled Lake Naivasha. By the time we arrived at Kenya’s Lake Nakuru National Park on the 6th day of our tour, it felt like we had ventured deep into the heart of Africa. And yet, a look at the map showed that we had really only been circling the neighborhood.

Lake Nakuru National Park is remarkable for its dense biodiversity. Within just over 100 square miles lives a broad array of birds, big cats, and other large mammals. Perhaps most significantly, it is home to some of the last remaining wild rhinoceroses on the planet. Poaching has devastated both the black and the white rhinoceros populations, and Lake Nakuru is one of their last protected habitats.

A sobering thought: at over $100,000 per kilo, rhinoceros horn is among the world’s most expensive substances by weight. Rhino protectors are directed to kill poachers on sight, yet the high black market price imperils the lives of the few remaining survivors. The fences bordering the park are less to keep the animals in than to keep people out.

We were told that this park would be our best opportunity for spotting one of these majestic and rare beasts. Still, we had to keep our expectations in check, because nothing is guaranteed on a wildlife safari. Especially when it comes to seeing critically endangered animals. Imagine our surprise when, within 10 minutes of entering the park, two black rhinos decided to walk right past our vans! You get excited to see every animal on safari, but there’s nothing quite like the sight of a rhino. With their massive heft and big horns, it’s like seeing a living dinosaur in the flesh. And yet these gentle giants just amble along peacefully in search of fresh grass.

The park’s savannas are home to a wide variety of animals. At any given moment you’re surrounded by gazelles, zebras, water buffalos, warthogs, and birds of all shapes and sizes.

Where the buffalo roam. Note the rhino hiding back there. 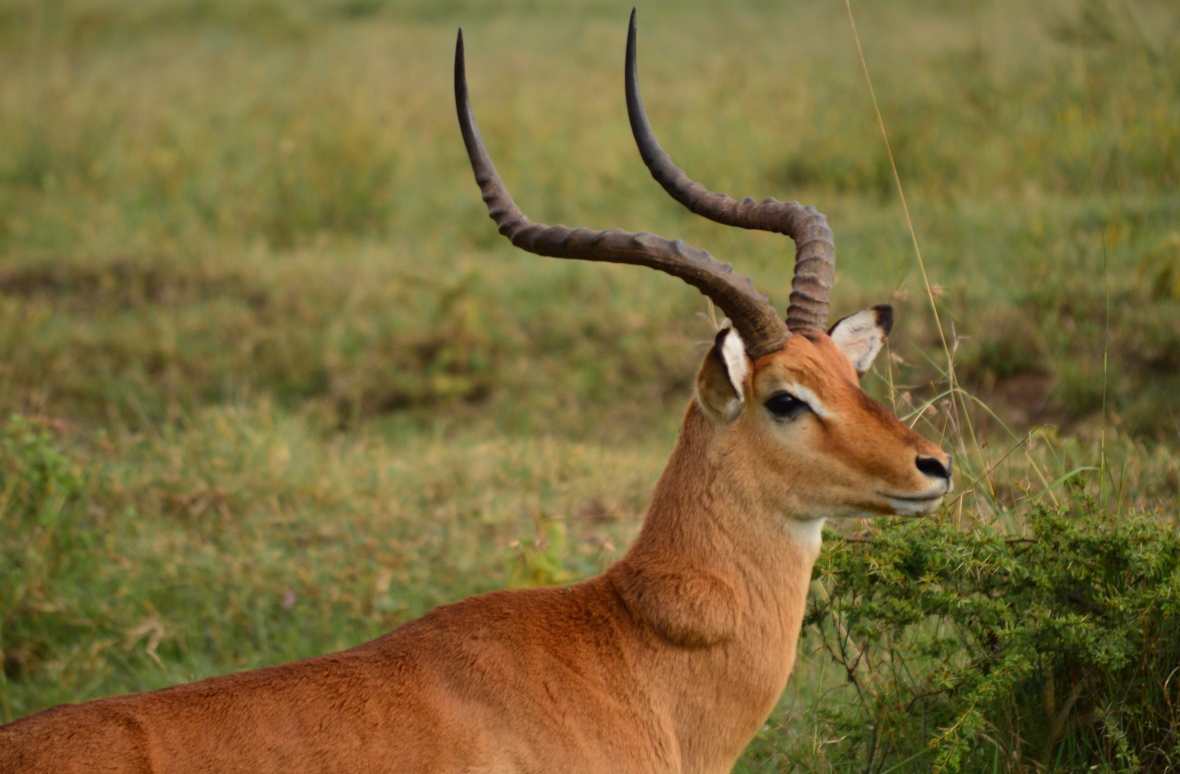 And always keep your windows rolled up when you see monkeys and baboons. They will steal your chips! 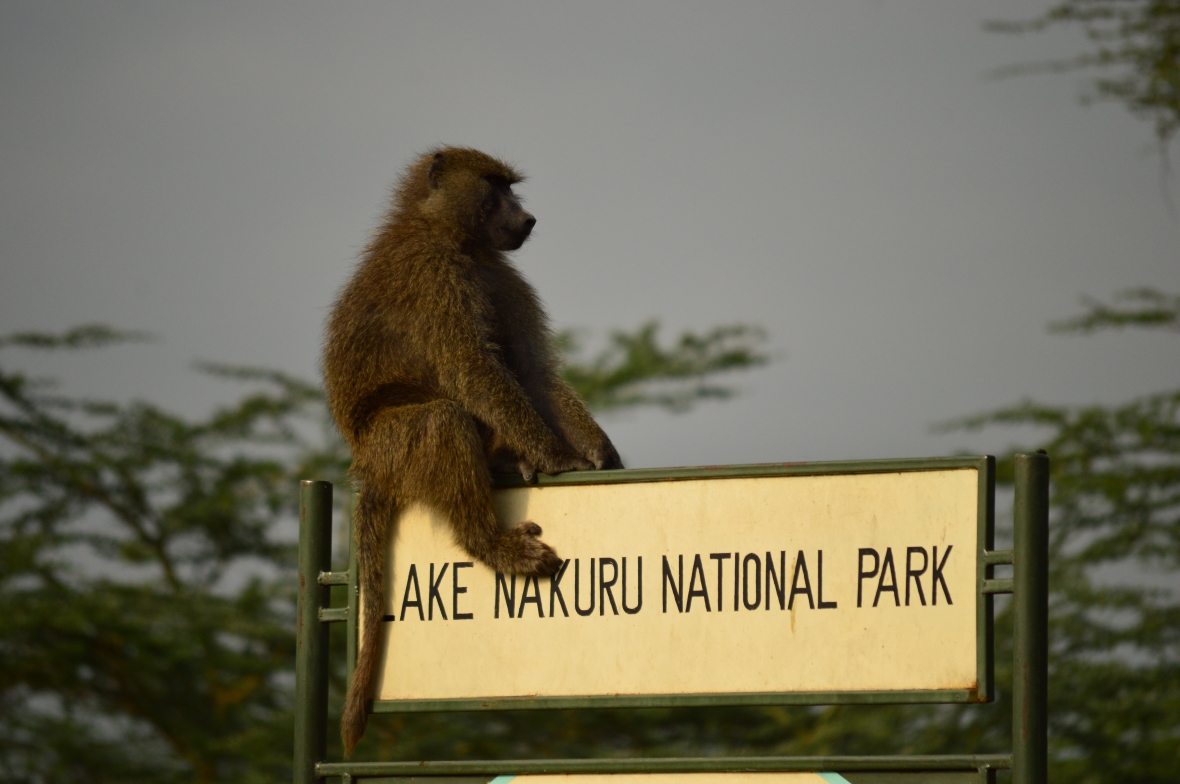 Now just move your tail slightly to the left. Perfect.

Young baboon going for a ride 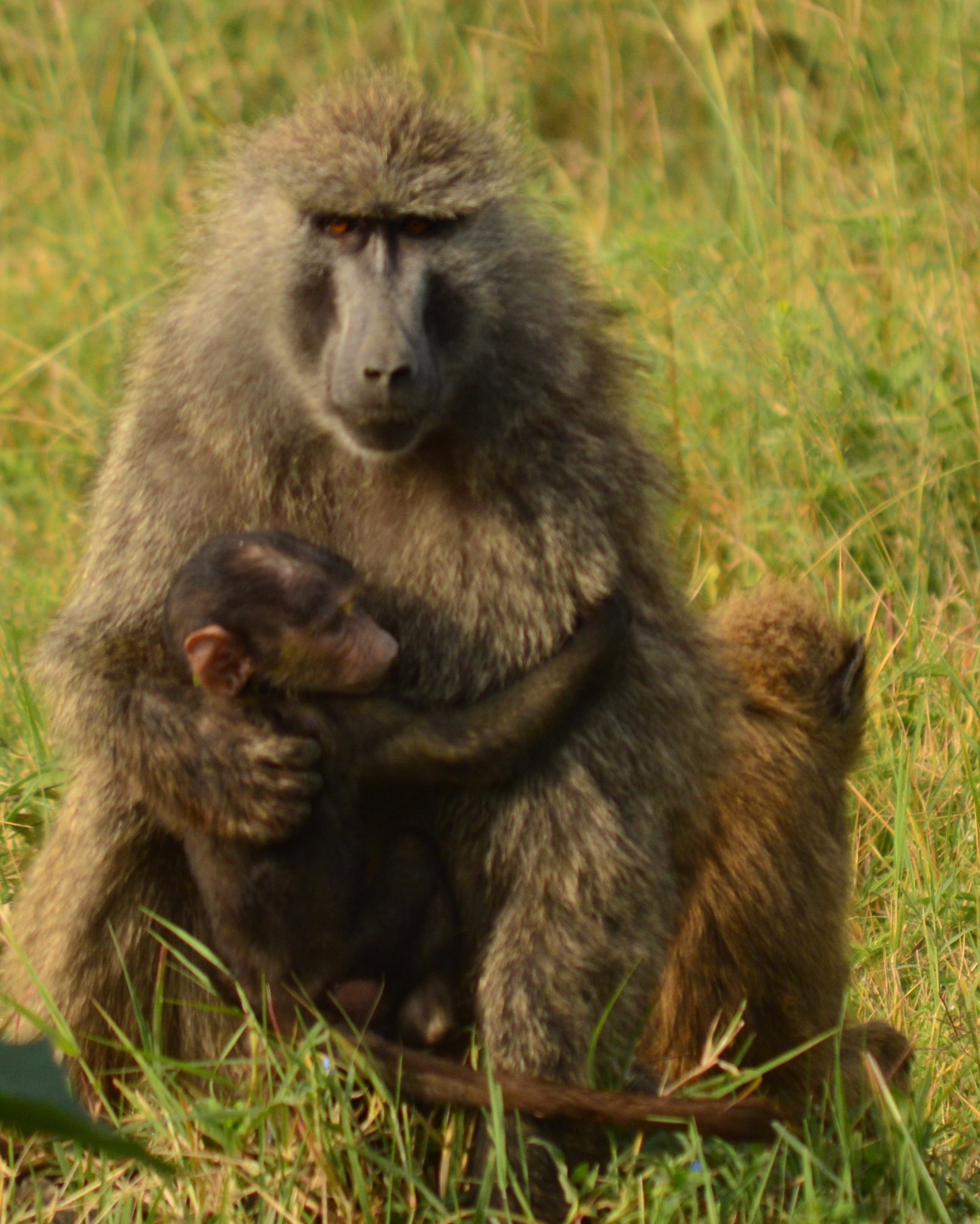 Hug it out, baboon family. Hug it out 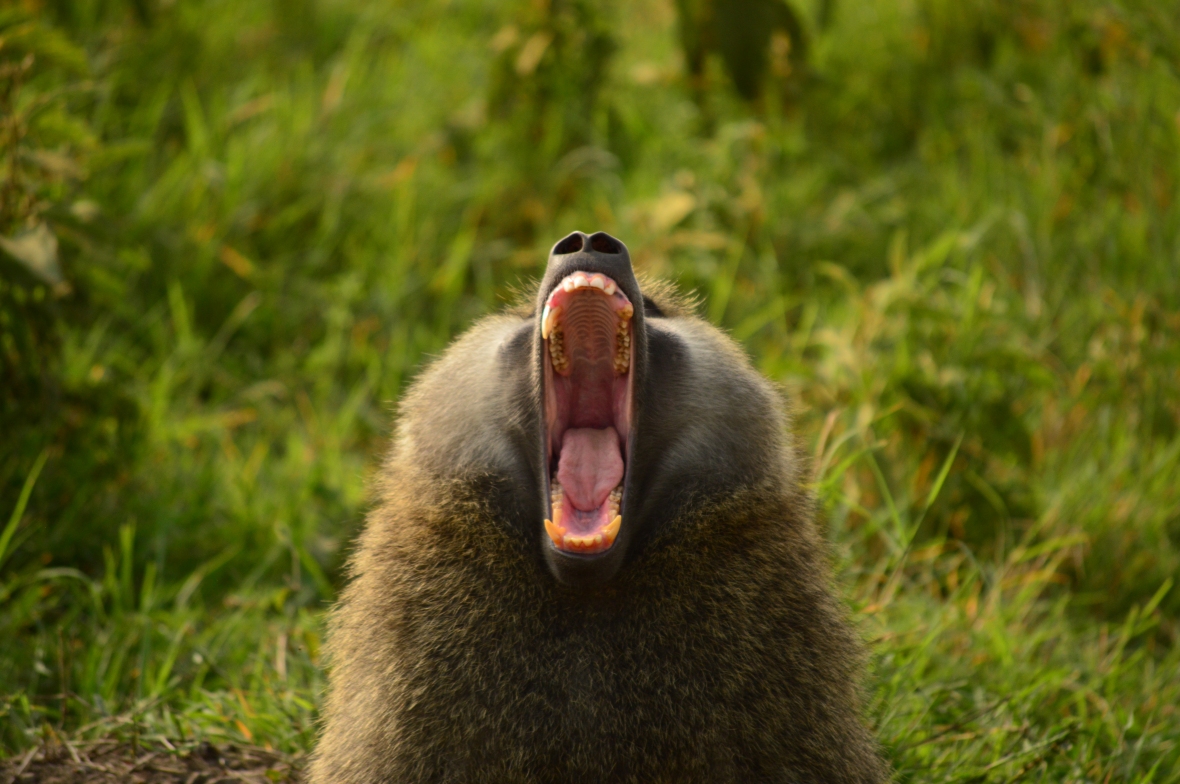 Thought baboons were all cute and snuggly, right? Dead wrong!

The lake itself is alkaline and full of algae, and thus a popular destination for flamingos. In the past, the sight of millions of pink flamingoes amassed in a fuchsia feeding frenzy was considered one of the world’s greatest wildlife spectacles. Increased rainfall in recent years has flooded the lake and disrupted the water balance. As a result, a large section of the forest is now submerged, and most of the flamingos have gone elsewhere for their briny snacks. Still, there is a tremendous amount of birdlife on the lake’s shores. (If you want to see some great shots of flamingos, check out my post from Eduardo Avaroa National Reserve, Bolivia.)

Yellow-billed stork coming in for a landing 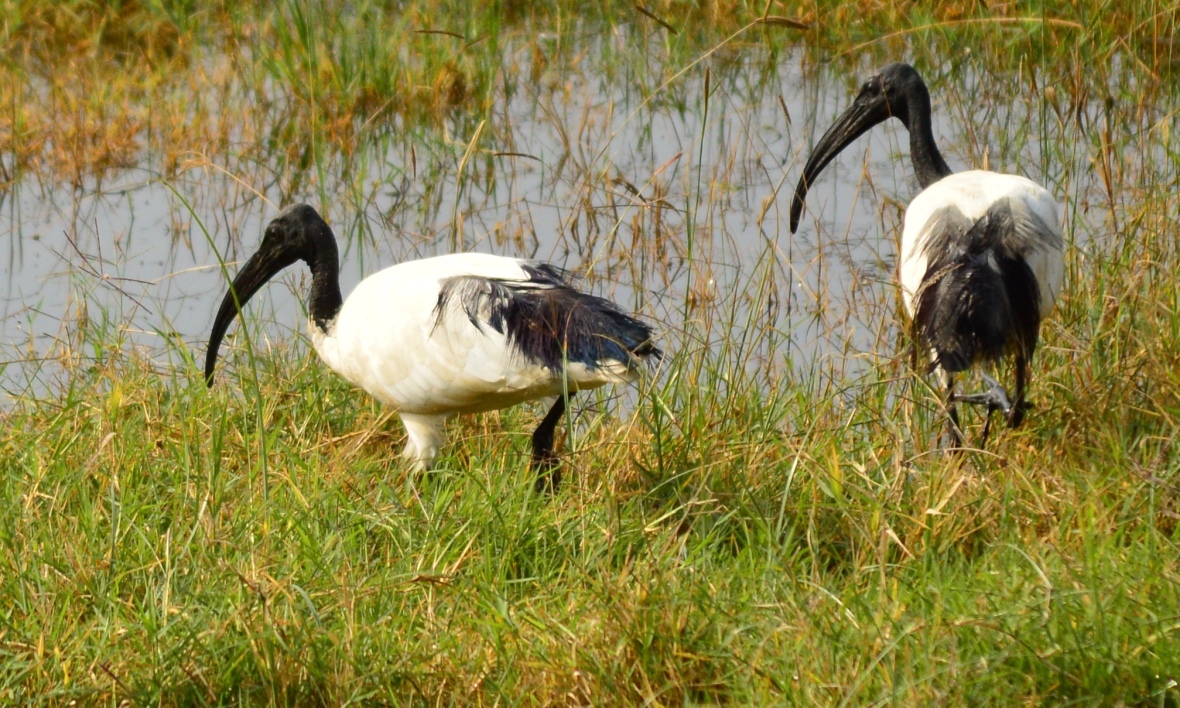 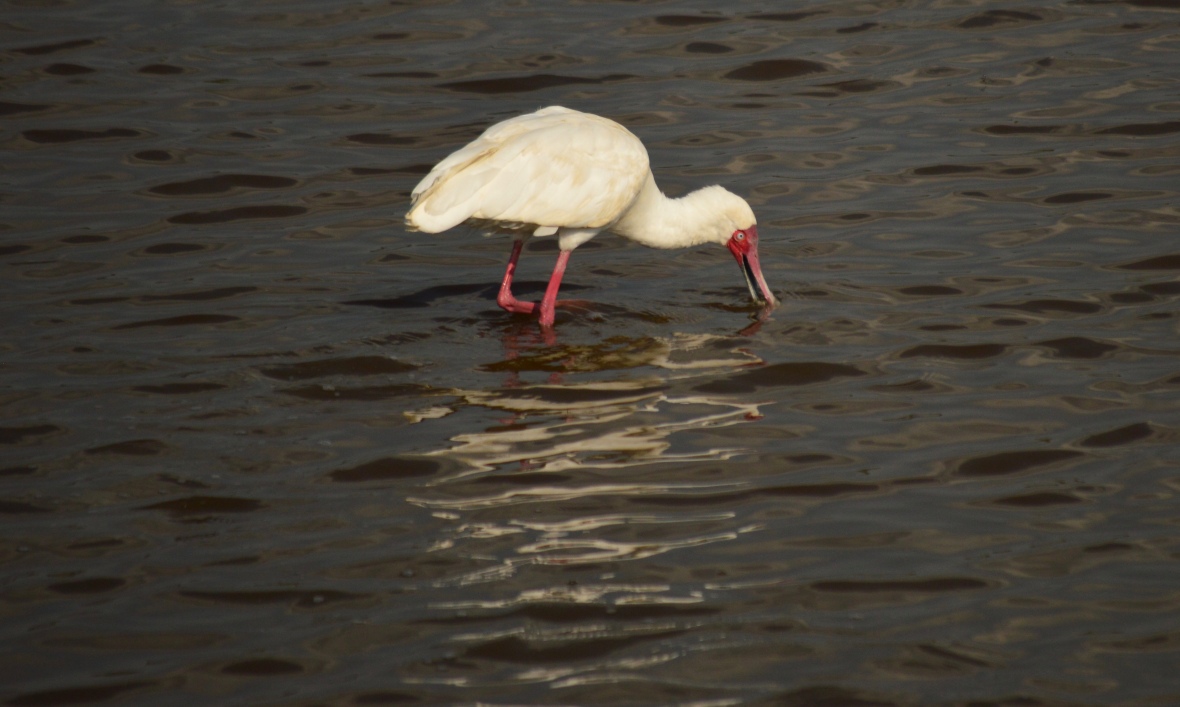 It’s hard to beat the views of the park from Baboon Cliff.

Despite its relatively small size, there are several different environments within Lake Nakuru National Park. This wooded region felt like another park compared with the savanna we crossed in the morning. We were even lucky enough to spot a herd of white rhinoceros! 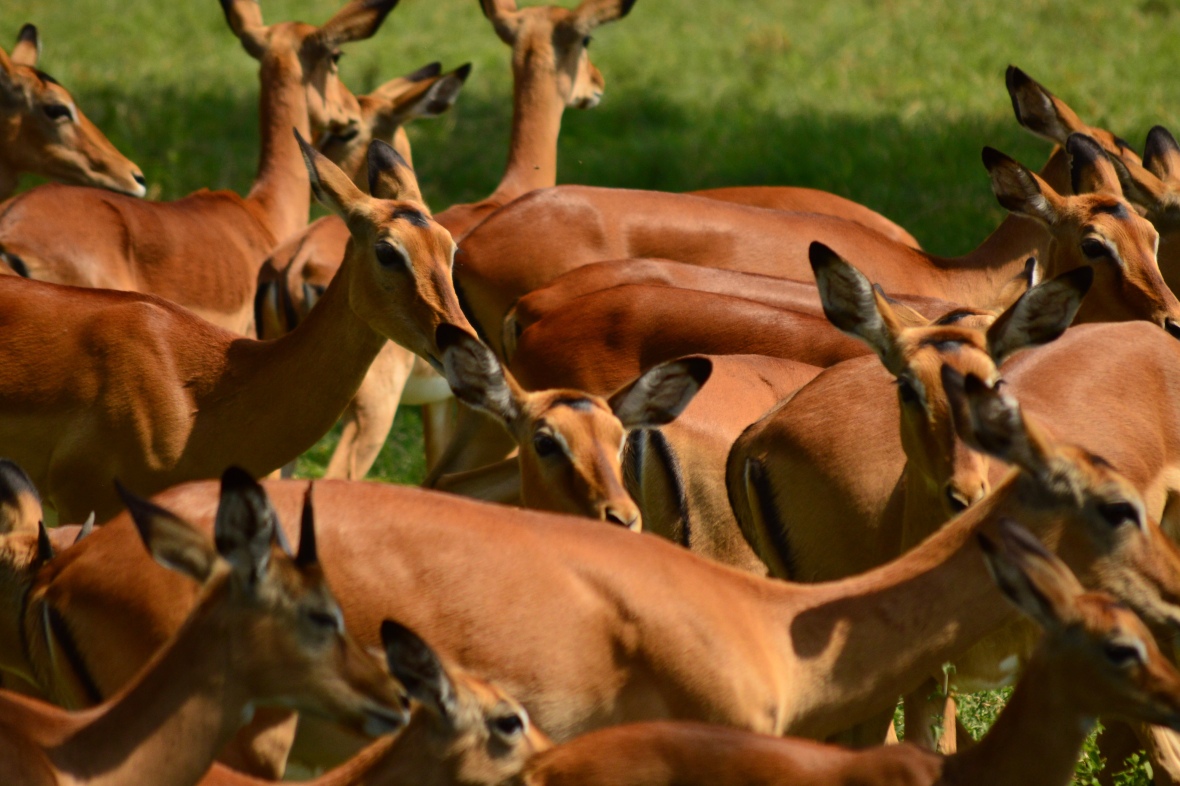 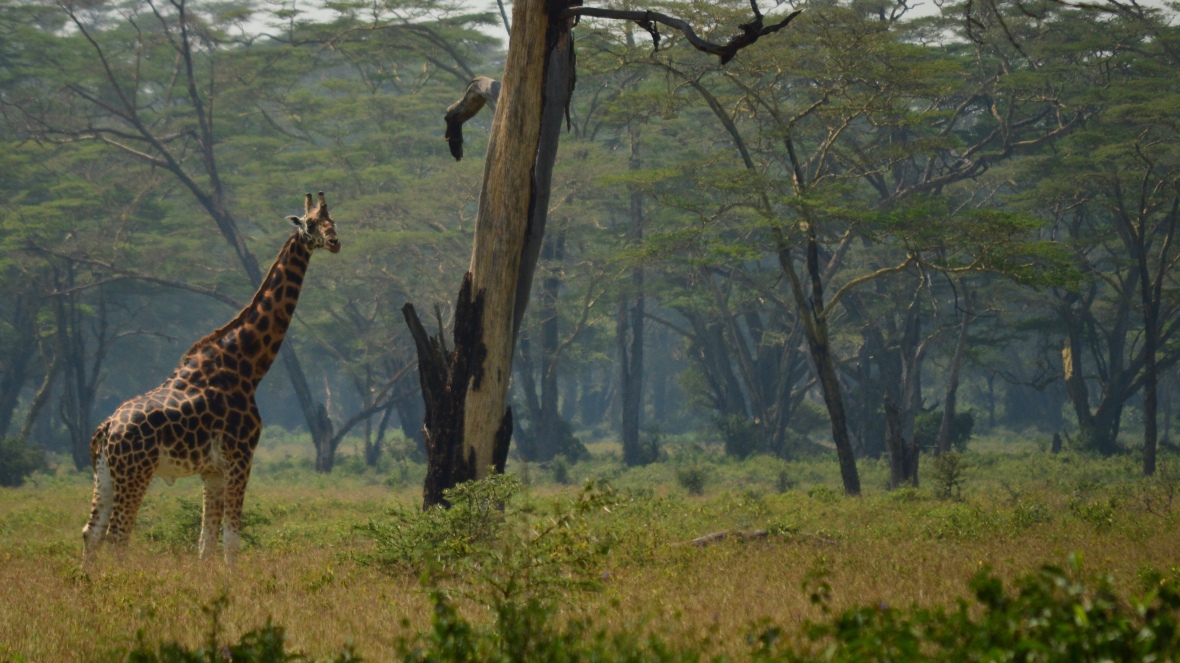 Giraffe reaching for a bite

The big excitement of the day came in the form of a pride of lions resting just off the road. They were mostly hidden in the thick brush – had there not been a few other safari vans giving away the location we probably would have driven right past them. Despite their size, they camouflage well. As if I needed a reminder not to walk in lion territory.

Everyone in the van jostled for the best viewing position to make them out in the bushes. The unobstructed views were fleeting, but man, were they amazing. We watched with rapt attention, waiting for the lions to move a head, stretch a paw, or roll over into sight. Seeing such powerful predators up close was spellbinding – the thought that they could pounce on us in one leap only added to the exhilaration. This was easily one of my top highlights from our whole time in Africa.

This male lion didn’t show his face for long, but when he did… wow 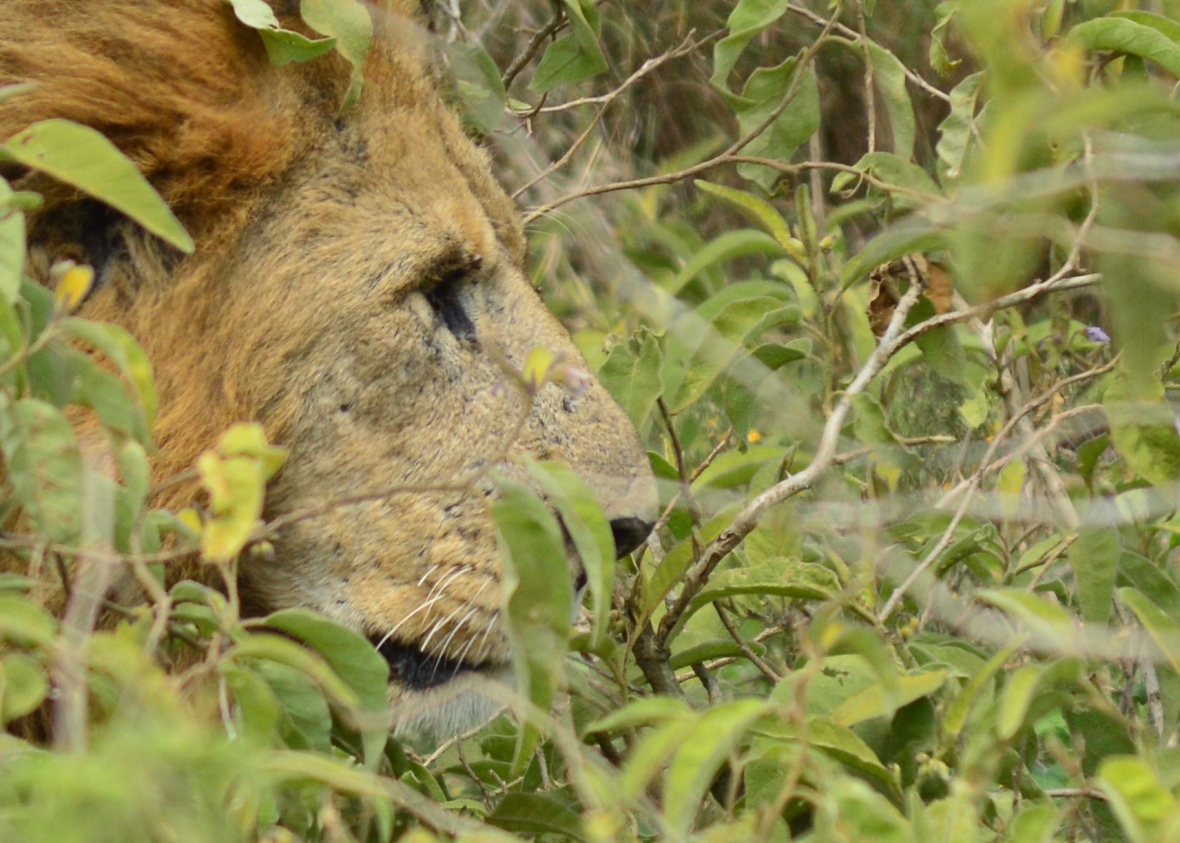 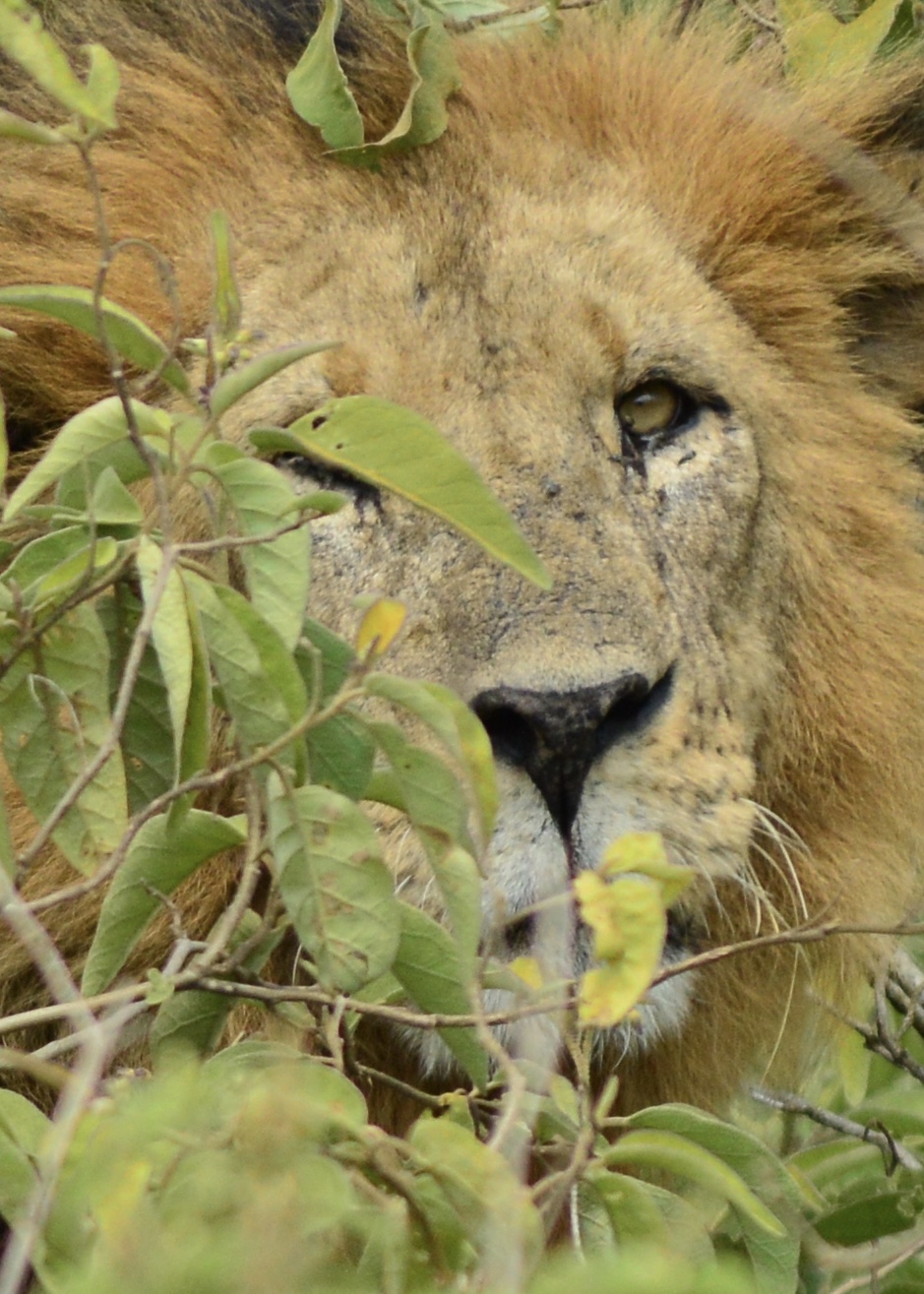 I hope you enjoyed this photo safari through Lake Nakuru National Park.  I’ve got tons more from the rest of my travels around the world. Check them out by following the links below. Think a friend would find this interesting? Sharing is caring!